HPC in the IFT:

The HPC resources are key facilities to several areas of research in Theoretical Physics, including precision calculations in the Standard Model and its possible extensions, predictions for New Physics searches at the Large Hadron Collider, Quantum ChromoDynamics, simulations and studies of the Large Scale Structure of the Universe, Dark Matter and Dark Energy research etc…
IFT’s main HPC system, running OpenHPC, generates a large number of publications in high-impact scientific media, helping the IFT maintain the internationally recognized high-quality level in research, and being an essential part of the daily research activity.

We became aware of the project by making a search in middle 2016. Several reasons made us end up with a quite outdated and unmanegeable HPC system, in part due to its heterogenous nature and some layers of proprietary software that acted like ballast to our upgrading projects. We wished to get rid of those difficulties but we had a shot time to start from scratch. As mentioned above the system was an essential part of the research activity, and downtimes happened more and more often every time.

We found OpenHPC project when looking for a solution to our problems, and it was all we wanted. The key points for us were:

We then started a project first with virtual machines, in-metal prototype afterwards. The result was even better than expected, and all software pieces where well synchronized and worked like a charm. So we migrated the whole HPC system to OpenHPC.

Since then the scientific production of the system has been improved beyond any doubt. Downtimes are non-existent, software stack for users is richer and updated, and sysadmin efforts have been considerably reduced. 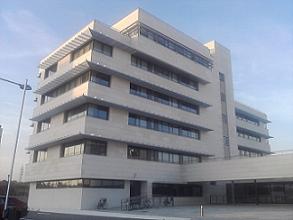 The Institute for Theoretical Physics (IFT) UAM-CSIC was officially created in 2003 as a joint research center belonging to the Spanish National Research Council (CSIC) and the Autonomous University of Madrid (UAM). It is the only Spanish center dedicated entirely to research in Theoretical Physics. The IFT members develop research in the frontiers of Elementary Particle Physics, Astroparticles and Cosmology, in order to understand the fundamental keys of Nature and the Universe. They are also leading many research projects, both at the national and international level. The IFT is part of the strategic line `Theoretical Physics and Mathematics´ of the Campus of International Excellence (CEI) UAM+CSIC established in 2009. Since 2012, it is credited as Severo Ochoa Centre of Excellence. Besides purely scientific activity, in the IFT is also conducted intensive training tasks of young researchers and professionals through the graduate program in Theoretical Physics with mention of excellence from the CEI and the Ministry of Education.

In addition, the Institute carries out the important task of transferring knowledge to society through several outreach programs. Its YouTube channel –  awarded YouTube’s Silver Play Button Award and the 2017 CPAN Outreach Prize – has more than 340,000 subscribers and 11 million views.